Doro, Queen Of Metal: A Beauty With A Beast Inside

Dorothy (or Theodore, for that matter) means ”Gift From God” in Greek. And, in the person of Dorothee Pesch, or Doro as she is affectionately and professionally known, we definitely have a gift from the German Gods. In metal circles, she is known as the Queen of Metal, a rare female vocalist fronting a band in the male-dominated, if not nearly male-exclusive, world of heavy metal, a woman who not only established herself in this Kingdom but earned the respect of her peers and became a living legend in her own right. To sing a duet with Doro, to play in her band, is a privilege, an honour, a mark of esteem. As she nears a milestone of close to 35 years in the rough-and-tumble world of heavy metal (if you count her time with early German garage bands Beast and Snakebite when she was 16), let us pay tribute to this Queen, nay Goddess, of Metal. 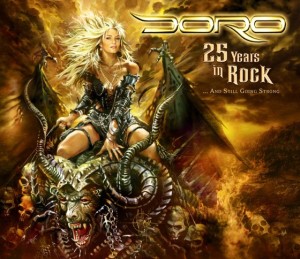 Doro Pesch was one of the co-founders of the Düsseldolf-based German heavy metal band Warlock which she fronted from 1982-1988 until the advent of grunge led to a growing disinterest in the genre from record labels that relegated the band to the theatre of Europe just as it was on the cusp of ‘making it’ in America.

The band, which had a medieval-centric imagery in many of its musical creations, broke up after making 4 studio albums. 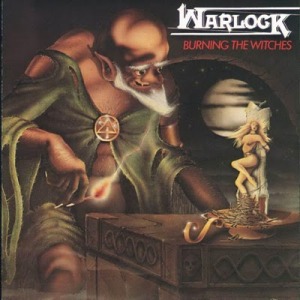 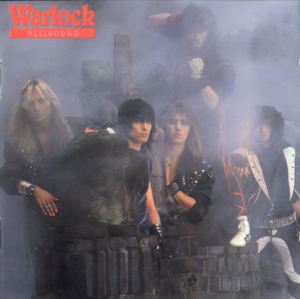 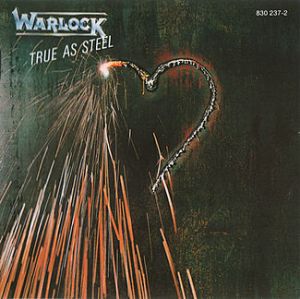 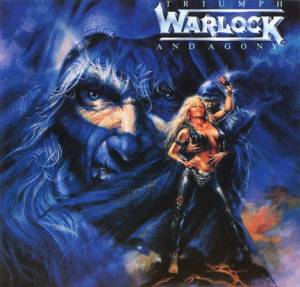 The fourth of these albums, Triumph and Agony, the title of which perhaps presaged the demise of the group, spawned the band’s greatest successes as it was really starting to hit its stride (Triumph) just before losing it all due to a freak change in the musical winds and whims (Agony). The band, which had always sung in English in the hopes of capturing a wider audience and garnering more commercial success, became known for the anthemic All We Are and their only German offering (except for the lyric ”Deep Inside My Heart”), Für immer (which means Forever or For Always).

Here’s an early video of All We Are:

That raw, gut-wrenching voice on Für immer always gets me:

Doro: The Woman and The Band

After Warlock disbanded, Doro decided to go solo and continue to create and perform Warlock classics under her own name for legal reasons. She enlisted the help and wisdom of KISS great Gene Simmons, her childhood idol, and re-formed the band under her name with new American talent. And thus began the second stage of her career, which she now runs from her residence in New York. She still travels the world over today, performing for her fiercely loyal fans.

One comment on “Doro, Queen Of Metal: A Beauty With A Beast Inside”